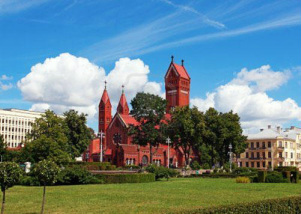 Minsk | Minsk Region
The city of Minsk is the capital of the Republic of Belarus and an administrative centre of Minsk region, the largest and most developed city of the country. Slightly less than two million people live in Minsk. The city was founded at the confluence of the two rivers - the Nemiga and the Svisloch in the 11th century. The city of Minsk was mentioned in the year of 1067 for the first time in the Chronicle "Tale of Bygone Years".

Initially, the city was called Mensk. There are different legends connected with the emergence of the city name. According to one of them, it was named after the establisher of the city whose name was Menesk. He was a famous hero and quack who built a stone mill on Svisloch river where they grinned flour not from grains but stones. Nobody saw Menesk with their own eyes but they used to hear strange noise and shouting, songs, music and dancing during nights. They also said that nights Menesk used to ride through the villages and chose the most courageous and strongest men for his squad, and they formed the city together that was named after its main establisher.

Some other legend exists that is more romantic than the previous one, and is also connected with the name of the city of Minsk. Many centuries ago Svisloch lived in this locality who was a daughter of a Merman. She had an unearthly beauty but a very stubborn and rebellious character. Many Gods tried to attract the beauty's attention. For example, the God of thunder and lightning Perun wanted to marry her too. But Svisloch only laughed at all the grooms and gave them various daunting tasks to fulfill. For example, one them was to try a wedding stone cake. As a result, she remained alone. Her father Merman felt sorry for his unwise daughter who had scared all the grooms with her character. The father advised the daughter to search for a future husband among normal people and choose the most courageous and richest from them who would not be afraid of trying her stone cake. In order to facilitate the task of his daughter, the Merman created a temple on the bank of Svisloch river to where people used to come very often. And one day insubordinate Svisloch met her future husband-to-be - the Prince Menesk, who didn't bite the stone cake but he built a water mill and grinned it. Later Menesk and Svisloch founded a city near the mill which was named after its establisher.

Unfortunately, not so much has been left from the ancient city except some buildings of the 17th century. Especially, during the World War II the city of Minsk was badly damaged, but it managed to withstand and was awarded the title of the hero-city in 1974. After the war the city was rebuilt, and new architectural structures of the Stalin's empire style appeared there. A a perfect example of which is "The Gateway to the City" - eleven-storied Twin-Towers built in the year of 1953 that is located opposite the Central Railway Station in Minsk. On one of the towers there is the biggest clock in Belarus that was a former German possession  but was captured as a trophy during the war. This clock is more than 100 years old already, and its diameter is more than 3,5 meters.

Today's Minsk is a major economic, educational and cultural center of the country. Minsk is rightly considered to be a cultural center of Belarus, as there are more than 20 museums, 36 palaces of culture, 11 theatres, 20 cinemas and 139 libraries. In the capital of the Republic of Belarus there are three main historical area: the Upper Town, the Rakovskoe and Troickoe Suburbs. The Troickoe or Trinity Suburb occupies almost the entire central part of the capital. In ancient times this area was inhabited by traders who were involved in making their crafts.  Nowadays it is possible to see old buildings, Trinity Church and a miraculous statue there.

People had started to inhabit the Upper Town in the 12th century, and after three centuries this area became the city center. The main square of the country is Liberty Square that has got the status of the center of the Upper Town. Nowadays there is the City Hall, Catholic Church of Our Lady, Orthodox Cathedral of the Holy Spirit there. The Rakovskoe Suburb is the most ancient area of the capital as it had started to become inhabited even before the 11th century. Nowadays the memorial complex called "Yama" or "Hole" is situated there that is dedicated to mass executions of the Jewish people during the World War II.

On Independence Avenue in Minsk there is famous Catholic Church of Saints Simon and Helena, sometimes known as Red Church. It was built built on money of the rich landlord Voinilovich and his wife Olympia in memory of their dead children. Red Church is a mix of  Gothic Revival and Art Nouveau. The oldest architectural monument of the city of Minsk is Holy Spirit Cathedral of the Baroque style that was established in 1642. It is famous for the Minsk icon of the Mother of God that is kept in it. The Minsk House of Opera and Ballet is the largest theatre not only in the capital but in whole Belarus. It is situated on Paris Commune Square close to the Troeckoe Suburb and surrounded with a beautiful park.

In the city of Minsk there is also picturesque and mystical place - the Loshica Estate with a beautiful ancient park where a real ghost exists. There are also some modern architectural achievements such as the National Library of the Republic of Belarus, the Central Railway Station, the sports complexes: Minsk-Arena and Chizhovka-Arena where in the May of 2014 the World Ice-Hockey Championship took place. Nowadays Minsk is a centre of high technologies and engineering; a city where there are two airports, a railway, a underground; a city with the rich cultural heritage. Out of the city of Minsk, in Minsk region  many interesting places to visit exist too. For example, the Nesvizh Castle that is located 120 km from Minsk and famous for its ghost "White Dame". In order to find yourself in the world of tanks and other military vehicles, it is necessary to visit the Historical and Cultural Complex "Stalin's Line" situated 30 km from the city of Minsk.
Click on the image of the Hotel to Book the Hotel in Minsk
All Hotel Rates brought to you by ﻿Booking.com﻿ 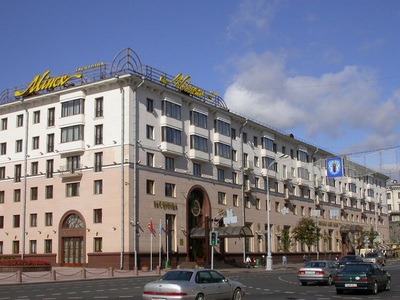 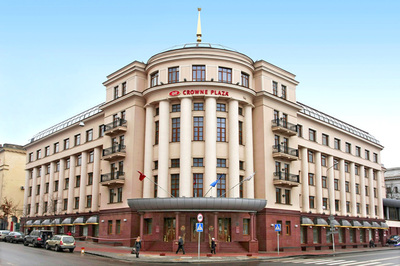 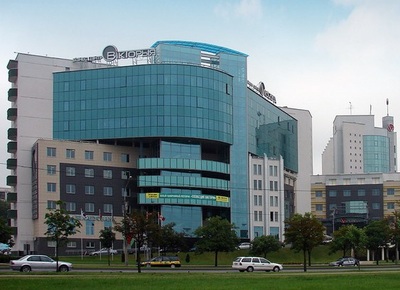 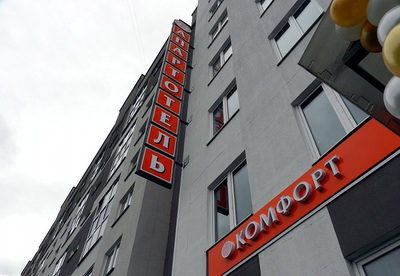 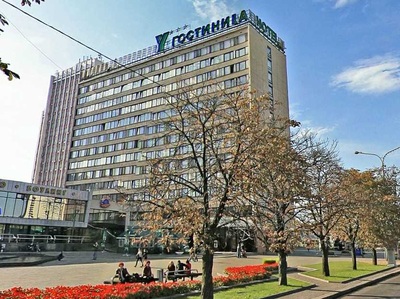 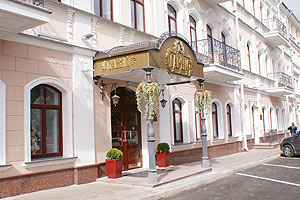 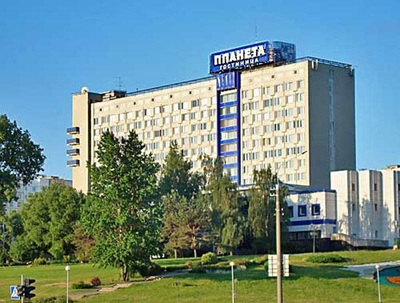 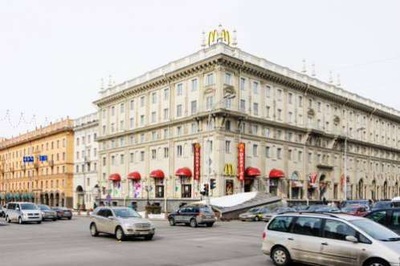 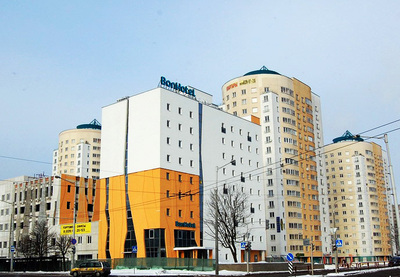 Hotel Bon
Click on the image of the Hostel to Book the Hostel in Minsk
All Hotel Rates brought to you by ﻿Hostelworld.com﻿ 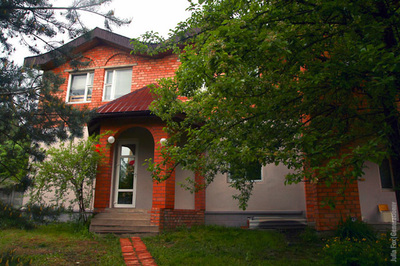 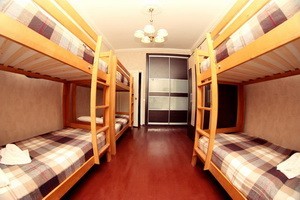 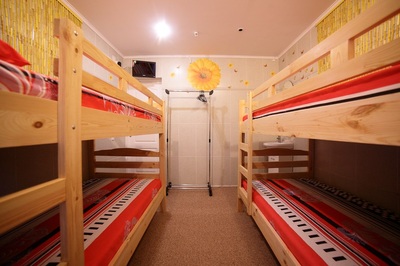 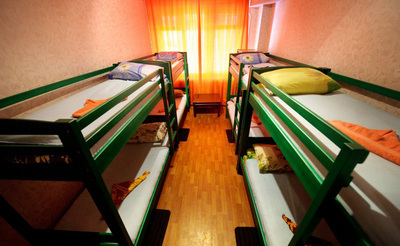 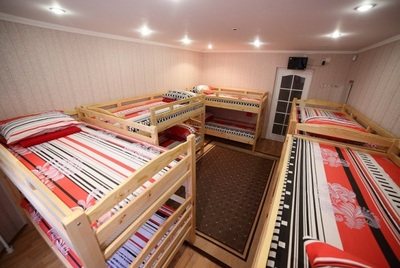 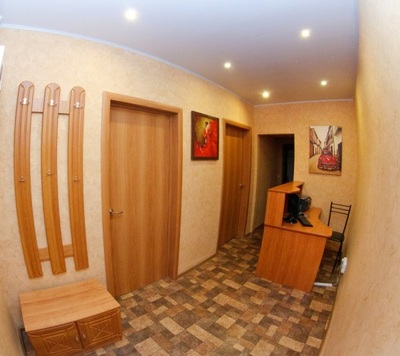