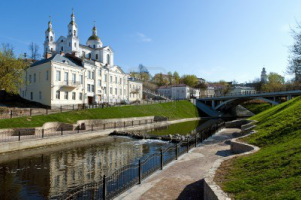 Vitebsk | Vitebsk Region
Vitebsk is one of the most ancient cities of Belarus, the 1st mention of which in the Vitebsk Chronicle dates back to the year of 974. According to the existing legend, the city of Vitebsk is considered to be founded in the 10th century by Olga, the Kiev Princess . Like the majority of the cities of Eastern Europe, Vitebsk also appeared at the confluence of two rivers - the Western Dvina that flows to the Baltic Sea, and Vitba river, of which the city got its name.

Vitebsk is an administrative centre of Vitebsk region that is located 280 km from the capital of the Republic of Belarus. The city of Minsk. Vitebsk region is considered to be the coldest region as it is in the north of Belarus. The historical centre of Vitebsk starts from the Tysyacheletie Square or Millennium Square, situated on the left bank of Western Dvina river. The main building of the square is Church of the Annunciation, established by the princess Olga. They say that in this church Alexander Nevsky, the legendary Russian prince married Alexander, the princess of Polotsk.

Modern Vitebsk is one of the largest industrial center of the republic. Nowadays around 350 thousand inhabitants live there. On the territory of the city there are about 300 objects of historical and cultural heritage. These are various monuments of architecture, history and culture. The city of Vitebsk went down in history as one of the most important centers of Avant-garde Art. Such artists as Kazimir Malevich, El Lissitzky, Uri Pen lived and worked there. Vitebsk is also called "The City of Chagall". As the world-renowned artist Marc Chagall was born here in 1887. In the year of 1919 he established a school of Arts in the city. Grateful inhabitants of the city of Vitebsk erected a monument to him and opened the Museum of Marc Chagall in the family house of the artist, that is situated in Pokrovskaya Street. Every year they organize International Chagall's Days; art plein airs; presentations of exhibitions, new performances, books; the Musical Festival "Chagall's Violin"; the Festival "At Marc and Bella's place".

Not far away from the city of Vitebsk, in the location of Zdravnevo, on a picturesque bank of the Western Dvina there is also a renewed homestead of Ilya Repin, the outstanding Russian artist, where he created many wonderful paintings. Today Vitebsk is rightly called the cultural capital of Belarus. The International Festival of Arts "Slavic Bazaar in Vitebsk" or "Slavyansky Bazar in Vitebsk" has become far-famed both in the republic and abroad, in which participants from more than 30 countries take part every year.

In Vitebsk region the most ancient town of Belarus, the town of Polotsk is also situated, founded in 862, through which the famous ancient trade route "From the Varangians to the Greeks" passed, from the Baltic Sea through Eastern Europe to Byzantium. In Polotsk there is the oldest Christian holy of Belarus, Sofia Cathedral, built in the year of 1030. Euphrosyne or Efrosinia of Polotsk is regarded as a patron saint of whole Belarus, whose relics are also kept in the town of Polotsk, in a nunnery. According to the latest researches, Polotsk is considered to be the centre of Europe, where in 2008 they erected the monument "Geographical Centre of Europe". The great grandfather of the Belarusian Father Frost, Zuzya Poozersky lives in Vitebsk region too. His homestead is located in Postavy area, in the village of Ozerki.
Click on the image of the Hotel to Book the Hotel in Vitebsk
All Hotel Rates brought to you by ﻿Booking.com﻿ 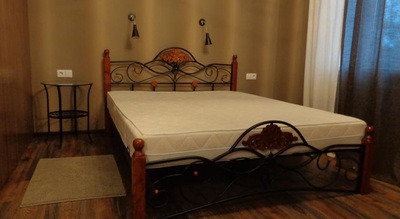 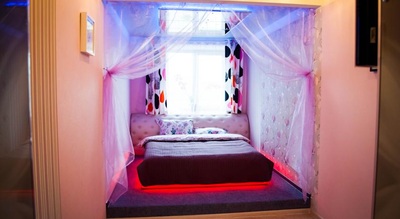 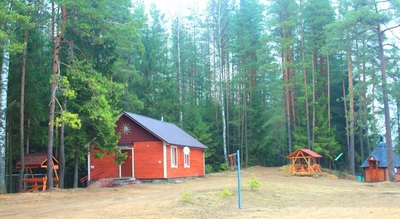